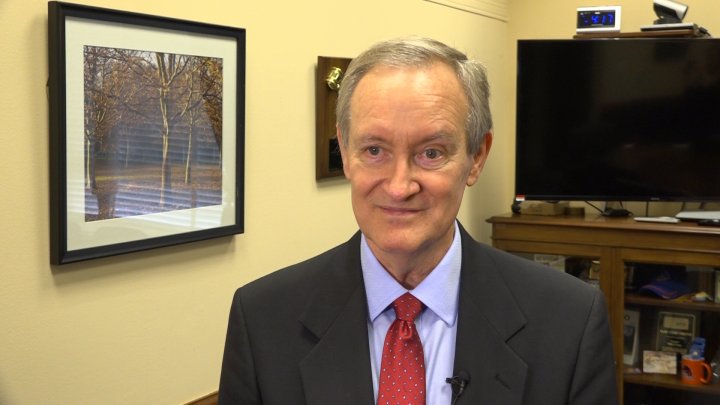 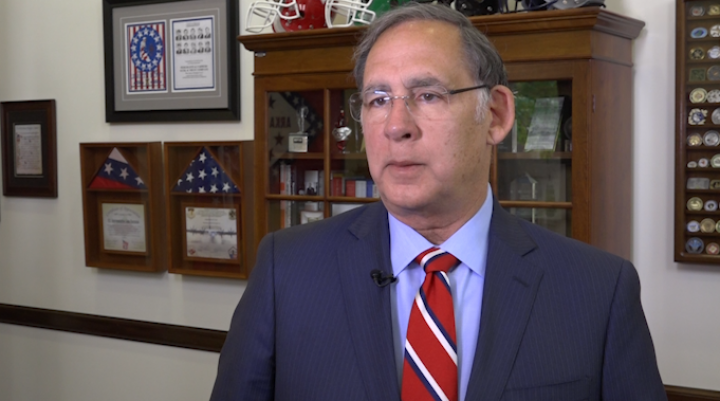 WASHINGTON (Gray DC) -- Former Senator Thad Cochran (R-MS) passed away this morning at 81, the news coming from a statement from his successor, Cindy Hyde-Smith (R-MS).

"U.S. Senator Thad Cochran (R-Miss.), who represented Mississippi in Congress for more than 45 years, passed away peacefully early Thursday morning in Oxford," said Hyde-Smith's statement. "Services are pending. Cochran, a Navy veteran who eventually served as chairman of the Senate Appropriations Committee and Senate Agriculture Committee, resigned from the Senate in April 2018 due to health concerns. Cochran’s family extends its gratitude for the support shown to the Senator by Mississippians over the years."

Rep. Bennie Thompson (D-MS) also spoke about the late senator in a statement, saying, "I would like to offer my condolences to the family of former U.S. Senator Thad Cochran. He was an excellent public servant who understood the necessity of diversity and inclusion. Cochran’s talents will be missed by all Mississippians. Please say a prayer for his family and everyone who loved him.”

Cochran served Mississippi from 1973 to 1978 in the U.S. House of Representatives before serving for 40 years in the U.S. Senate, from 1978 to 1918. The Mississippi native served in the U.S. Navy and also practiced law in Jackson, MS.

Senator Roger Wicker served alongside in the U.S. Senate. In a statement Wicker said, "Thad Cochran was a giant in the United States Senate and one of the greatest champions Mississippi has ever known. He was also a dear personal friend for decades. My wife, Gayle, and I extend our heartfelt condolences to the Cochran family at this time.

“When Thad Cochran left the Senate, I was reminded of Henry Wadsworth Longfellow, who wrote, 'Lives of great men all remind us we can make our lives sublime, and departing leave behind us footprints on the sands of time.'

“Thad Cochran’s footprints are all around us. From his career in the Navy through his retirement in 2018, his life was marked by service to this country.

“The American economy is experiencing historic growth today in no small part because of the foundations laid by Thad Cochran. Our nation’s military is stronger, groundbreaking federal research continues to advance, our citizens are healthier, and rural and agricultural communities from the Mississippi Delta all across this country are more vibrant.

“I am grateful and honored to have known him, learned from him, and been his friend. America is a better country because of Thad Cochran.”

Governor Phil Bryant (R-MS) is requesting the Mississippi flags to be flown at half-staff in his statement: “Mississippi and our nation have lost a true statesman in Thad Cochran. He was a legend in the United States Senate where he worked tirelessly to move his state and country forward. He was one of our longest serving senators, and his influence can be felt in every corner of Mississippi. Whether it was fighting for resources during the dark days following Hurricane Katrina on the Coast or being a zealous advocate for farmers in the Delta, he dedicated himself to serving all Mississippians. The Quiet Persuader dominated Mississippi politics for nearly half a century, and he did so by being a gentleman. Senator Cochran has left a legacy of public service that should serve as an inspiration for all Americans. I am requesting that flags be flown at half-staff in Mississippi. Deborah and I are praying for the Cochran family during this difficult time.”

Rep. Michael Guest (R-MS) says "He helped strengthen our Armed Forces as Chairman of the Senate Defense Appropriations Subcommittee, and he spearheaded the effort to appropriate much-needed federal assistance to the Mississippi Coast to address the devastation left by Hurricane Katrina in 2005. Mississippi benefited greatly from Senator Cochran’s leadership as Chairman of the Senate Appropriations Committee and his legislative abilities. We will continue to enjoy the benefits of his tenure for generations to come.

My prayers are with his family during this difficult time and my thoughts are with our entire state as we remember the life of a great Mississippian.”

Christopher Tolkien, son of "Lord of the Rings" author J.R.R. Tolkien, has died at 95

Christopher Tolkien, son of "Lord of the Rings" author J.R.R. Tolkien, has died at 95