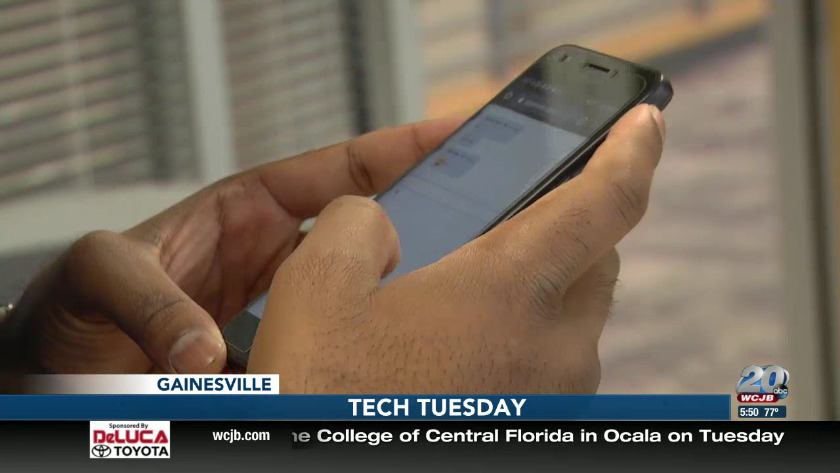 GAINESVILLE, Fla. (WCJB) -- While some schools ban students from using cell phones, one University of Florida researcher is developing an app that could give teachers the power to teach even when students have phones in their hands.

Some of us may remember being in school, walking up to the board during class to write an answer to the teacher's question but in today's education system, it is less writing on paper or flipping through a textbook.

“It's all ebooks, your teacher isn't saying turn to page 41 in your chemistry textbook nowadays, it's all PDF's ebooks,” UF Researcher and FlipSetter CEO/Founder Sabaresh Krishnan said.

Krishnan says he noticed a problem with the use of some technology in schools after talking to his teacher friend.

"He said, Sabaresh, you're a tech guru. How can I get my students to focus in class? They're always distracted, always bringing their phones to school,"

"It's like a toy, you can play with it, you can draw on it, and then audio-video upload documents, screen sharing,” Krishnan said.

He also says this app could allow students to still have their phones out while the teacher is giving a lesson.

"Let's just say you have the host device, whether it be a computer or something else. Imagine that you're in class, you can call your device whiteboard to everybody else in the group and they would then answer it. Whatever you're drawing on there, you're also seeing it, it's mirrored onto their devices,” he said.

The app would also block out other social media apps running in the background.

Krishnan say he's 60 percent done with the app and it should be ready to go end of February or early March.

Voters to decide whether to appoint state school board

Voters to decide whether to appoint state school board